First a quick detour to Lisbon for a solid week’s bon voyage R & R with Jim. My third visit in 5 years and once again Susana has obligingly moved out so we can move in. A lot has changed. This time instead of opening the French windows onto a construction site, we see a charming waterfront esplanade that can deliver us everywhere within 10 minutes and without having to tackle the interminable hills.

The hills of Lisbon look better from the top.

The clouds have been abolished and the temperature holds at a delicious 70° (the guys selling ‘pitcher cocktails’ on the plaza have already made their fortunes). But we don’t love Portugal because of its firm commitment to being a functional first world country in which both the public transport and bathrooms are abundant and sparkling, we love it because the cheerful Portuguese are able (and more to the point constantly willing) to converse with us in impeccable English (only the table of construction workers sitting next to us at Friday lunch were willing but unable, but they were well into their second bottle of wine by then).

Winners in the conviviality stakes get a plaque outside their doors 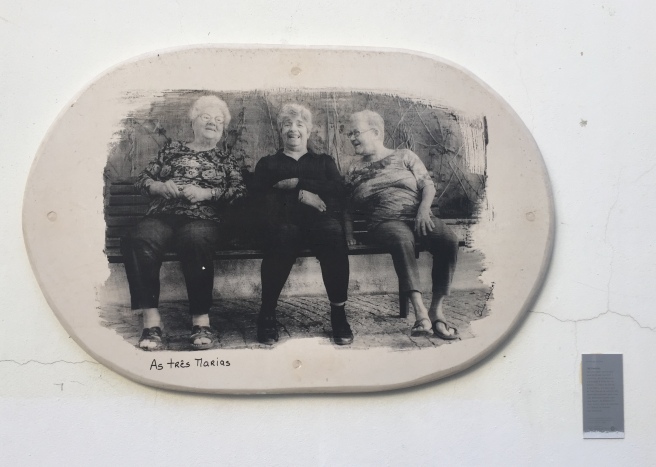 What a shock then (and how ironic after years of traveling in some of the more sketchy corners of the world) that here on the steps of Sao Catherine church I distinctly feel someone surreptitiously ferreting around in my purse. Fortunately I manage to intercept her before the deed is done, but a couple of days later here she is again, like a bad penny, at the Belem tram stop at the other end of town (she is cunningly disguised as a tourist, and I recognize the hat). Most satisfyingly I keep my wits about me and whip out my iPhone for a snap, thereby enabling a positive ID as ‘Rumanian’ (Lisboa tourism’s euphemism for gypsy) and so the irreproachable Portuguese reputation remains intact.

Nothing doing for my personal pickpocket at this bus stop except the 1000 yard stare (her partner is standing behind me, looking a bit agitated).

The gardens of Sintra are redolent with the end of the mimosa and the beginning of the wisteria, girding themselves for another year of competition mano a mano . At the top of the Hill we have the Palacio de Monserrate (thanks to one William Thomas Beckford, who despite being the the ‘richest Englishman without a title’ had to leave home in a hurry due to certain indiscretions). A t the bottom we have the Quinta de Regaleira (thanks to King Pedro ‘the artist’). One can only imagine the sniping, back in the day.

Quinta de Regaleira has slightly more of an arriviste vibe

At Cascais an unusual exhibit from Paula Rego. No pressure at all to have your own museum while you’re still working artist.

Our most ‘authentic’ meal –  the pile of vertebra is boiled and served with cabbage (also boiled). We substituted french fries for boiled potatoes. It is a classic meal from Coimbra, up in the northern hills. 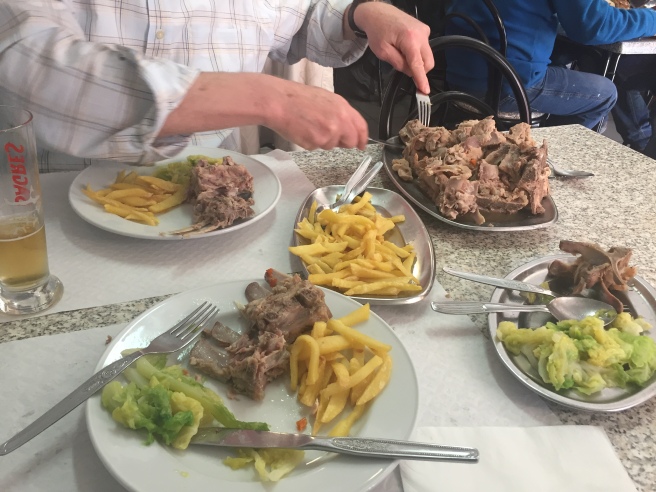 Coimbra is the home of yet another oldest university in the world this one from the 1200s. In one dank room we stumble on this poor soul who seems to have been defending his thesis since 1400. 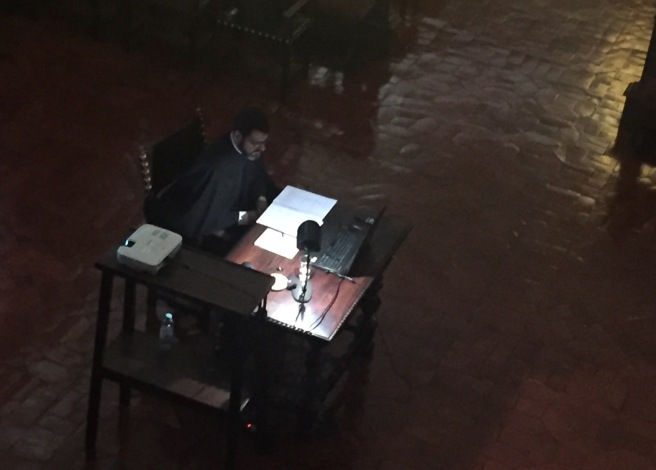 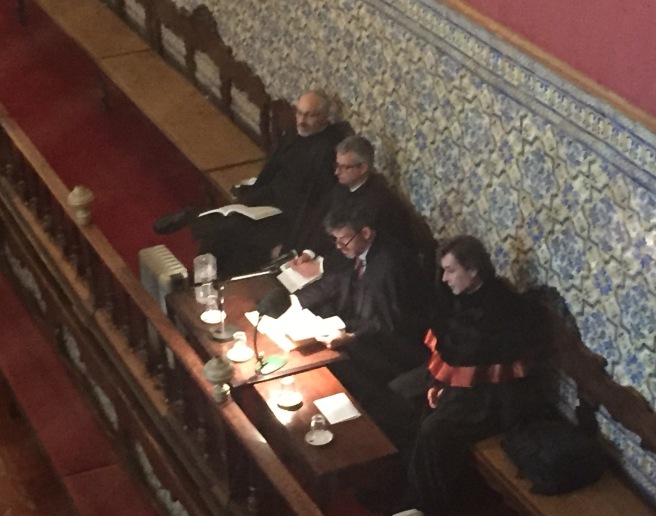